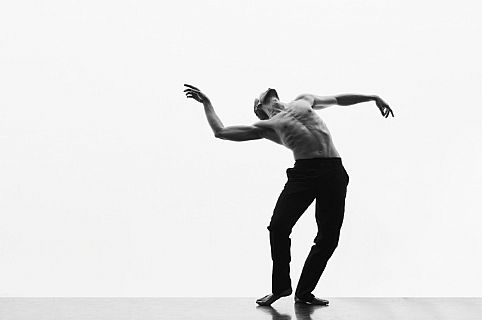 One of the world’s most exhilarating and groundbreaking choreographers, Hofesh Shechter’s Cult is the work that propelled the dance revolutionary into his global career. Instinctive and raw, and presented in association with Hofesh Shechter Company, Cult is a powerful illustration of his unique and celebrated choreography.

Melanie Lane is one of Australia’s strongest choreographic voices, seamlessly blending elegance with sexy, edgy physicality. Set to a driving soundtrack from renowned composer, Clark, Alterum transports you to a universe beyond our natural world.

Drawing on the reoccurring themes of the supernatural body, seen in history through mythological hybrid creatures or in today’s hyper-real superheroes of science fiction, Lane reflects on the human body and its search for intimacy.

Brisbane rising star, Jack Lister, fuses dance and visual art in the intricate and haunting Still Life. Inspired by the artworks of the 16th and 17th century Memento Mori movement, it serves as a touchstone of our own mortality, the beauty in decay and our relationship with time.

Still Life embraces the dichotomy of the permanence of visual artworks against the impermanent nature of dance, creating a world of poignant conflict – time passes but memories endure.

THREE is a mesmerising and ambitious triple bill that has critics raving.