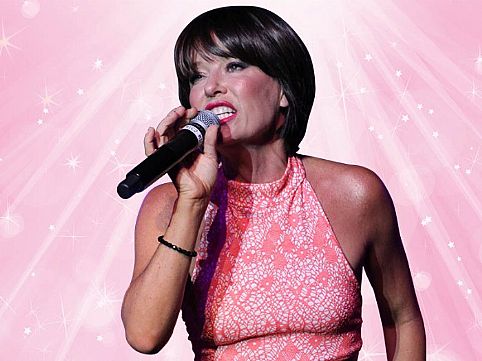 The Incredible True Story of one Australian Woman who took on the World. Starring Internationally Acclaimed Nikki Bennett.

In 1973, her iconic song I Am Woman became the unforgettable anthem of the women's liberation movement and made her the very first Australian to ever win a Grammy Award.

During her remarkable career she placed three #1 hits on the US Billboard charts and six more in the US top 10. She sold over 25 million albums and played to sell-out concert houses right around the world. She even hosted her very own prime time series on US Television.

Then, all of a sudden, she lost it all.

In 2020, the feature film I am Woman brought some of Helen’s incredible life story to screens worldwide.

In 2021 and 2022 Australian singer and actress, Nikki Bennett, brings the whole story to Australian stages.

Stunningly written and performed, this beautiful tribute weaves Helen’s greatest hits through her extraordinary life story. Featuring a stellar Live band, it is a show that will capture every heart.

During her own impressive career, she has starred in feature films, (Walk the Talk 2001) television dramas ( All Saints 2002, Out of The Blue 2008) and musicals (HAIR revival). For 15 years, she was one of the most popular guest entertainers on Australian variety television, with literally hundreds of appearances on shows like Hey Hey It’s Saturday, Midday, In Melbourne Tonight, Good Morning

Australia and many more. She has wowed audiences in 52 counties to date and is one of the most highly sought after Australian entertainers on the international corporate stage.

Whatever you do in 2022, don’t miss your chance to see this fabulous tribute to a woman who took on the world and became a legend.