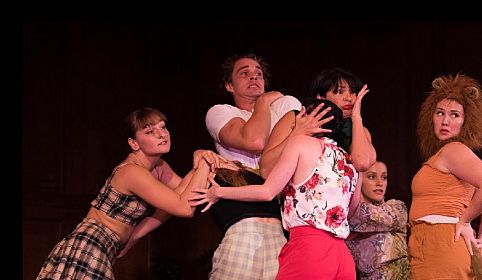 Experience the wit and wisdom of the socially awkward. Smarting from a pick-up line that bombed?
Tongue tied at meeting strangers?
Last party over before the late news starts?

Awkward is an all ages dance theatre show. It is a snapshot into the world of first encounters, the wit and wisdom of the socially awkward.

Pushing past initial encounters, what unfolds are moments of hilarity, intimacy, bumbling missed connections, classic kitchen party moments, the mating ritual and really really bad lounge room dancing. Laugh out loud funny and at times beautifully moving. Reminisce about your own past awkward party moments and groove along to the incredible soundtrack of your favourite music from the 80's. 90's and 00's.
Location:
The Art House
19-21 Margaret Street
Wyong NSW 2259
Contact:
The Art House on
0243351485
View Profile » Visit Website » Send an Email »