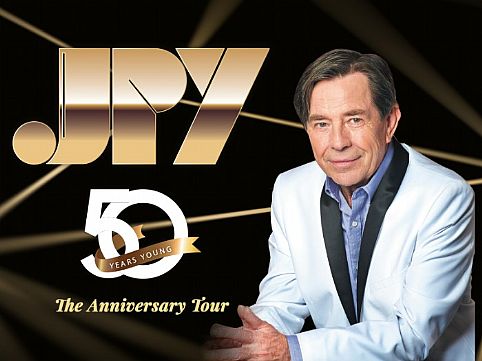 When:
Sat 28 May 2022
Time:
8:00PM
Cost:
$63.00
Booking:
A Must
Facilities:
Public Transport, Toilet on Site, Disabled Facilities
Details:
From ’70s pop icon to the ARIA Hall of Fame, John Paul Young has become the soundtrack for the ‘Countdown’ generation and beyond. John tells and sings his own story from his beginnings as a Scottish immigrant to his legendary status in Aussie music folklore.

With over 4 million album sales worldwide, numerous awards and an induction into the ARIA Hall of Fame in 2009, John Paul Young is recognised as one of the most iconic artists in Australian music’s history. In 2012, John received an Order of Australia (OAM) for his services to charity and the music industry.

From John’s first release with Pasadena, in 1972, he then went on to become the un-official co-presenter alongside Molly Meldrum on ABC TV’s Countdown and to the present day he has been a constant presence on the live music scene, in theatre with roles in the original Jesus Christ Superstar, Shout – The Johnny O’Keefe Story, Leader of the Pack – The Ellie Greenwich Story and most recently, Grease, The Musical. A stint in radio at NEWFM Newcastle saw him top the rating in Breakfast, Mornings and Afternoon timeslots.

At this point we would like to pay tribute to our brother in arms, Ronnie “Rockwell T James” Peel, the other founding member of The Allstar Band, who we lost earlier this year and also, great thanks for many years of devoted service to Juan Gonzales, who has set his sights on returning to the Philippines to endure a semi-retirement of sun, sea and endless cocktails.