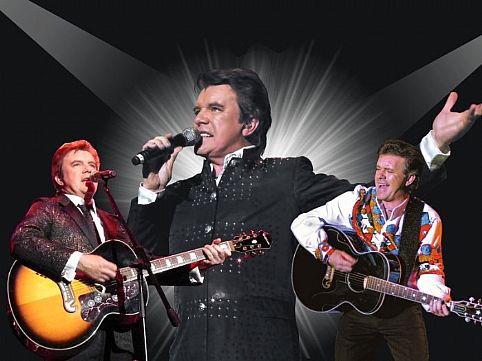 From the Producers that brought you the hugely successful Production shows Roy Orbison & The Everly Brothers & Elvis If I Can Dream now have the pleasure in inviting you to come and relive the magic and the magical hits of superstar Neil Diamond in a two hour concert experience.

Rock N Roll Hall Of Fame and Grammy Award Winner Neil Diamond is a phenomenon who gives truly special and personal shows that legions of fans return to see again and again. A style that transcends music fads by consistently touching people of all ages and interests. The personal and magical interaction Diamond has on stage with an audience is legendary, breaking all box office records wherever he performs.

This is your opportunity to experience that same spontaneous display of energy and sensuality with the superb talents of Internationally Renowned Peter Byrne and his Award Winning International Production Forever Diamond, a show performing Neil Diamonds greatest hits spanning over three decades, in an uncanny portrayal that has to be seen to be believed.

Peter Byrne’s capacity to recreate Neil Diamond to a standard which impressed Diamond’s pianist on his last Australian tour says it all. Tom Hensley gave Peter a resounding nod of approval after seeing his Diamond tribute.

Irishman Byrne’s singing voice is eerie in its likeness to the megastar and providing the impetus for Byrne’s performance is a relentless pursuit to raise his Diamond act to a level that the man himself would endorse.

But with Peter’s “Forever Diamond” show recognised as the very best tribute to Neil Diamond there rarely seems to be an empty seat and the audiences keep coming back for more. With all his songs, they sing along, clap and show all the emotions that are found in every tune.

“It remains to be seen if Byrne, once reaches perfection strives to out-do his idol, however, the day I see a better Diamond, will be the day the man himself appears on stage... “ (Adrain Revere...The Mercury)

This is a show not to be missed.
Location:
The Art House Wyong
Contact:
The Box Office on
0243351485
View Profile » Visit Website » Send an Email »