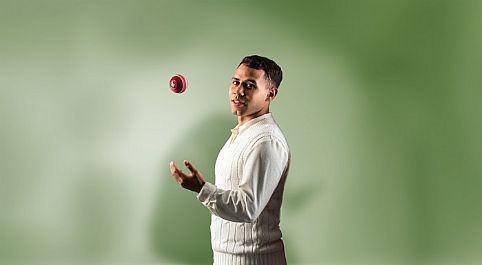 Over 150 years ago, 13 brave Aboriginal men in Western Victoria picked up their cricket bats and embarked on a treacherous voyage to England and into the unknown – all in the name of sport. Risking illness and persecution, Australia’s first international cricket team – including Australia's first Indigenous sporting hero, Johnny Mullagh – amazed the English crowds with astonishing talent, personality and grit. They should have returned to Australia as celebrated heroes. Instead they came back to find the world they once knew was no longer there.

This is not just a story about cricket – this is story of strength, resistance, hope and possibility. When a group of young present-day activists sneak into the Wimmera Discovery Centre to expose the truth of what happened to Johnny and his team mates, a hidden legend of triumph and tragedy unfolds. Funny and incredibly moving, BLACK COCKATOO is a new artistic collaboration between iconic Australian writer Geoffrey Atherden (MOTHER AND SON, BABAKIUERIA) and former Sydney Festival Artistic Director Wesley Enoch (BLACK DIGGERS).
Location:
The Art House
19-21 Margaret Street
Wyong NSW 2259
Contact:
The Art House on
0243351485
View Profile » Visit Website » Send an Email »