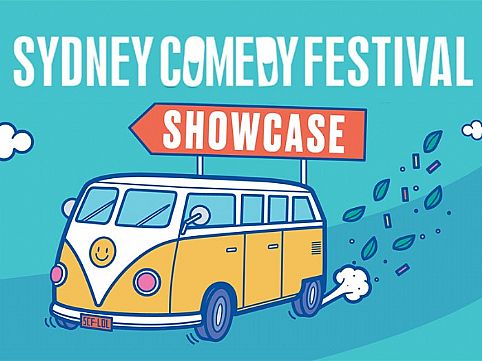 Bart Freebairn: Delightfully odd, a rollercoaster of ideas that will leave you gasping for air.
Sean Woodland: One of Sydney's best blokes, a consummate story teller and audience favourite.
Nikki Britton: Energetic tour-de-force who draws the audience in with lively stage presence and hilarious observational humour
Andrew Barnett: One of the lead minds behind the Footy Show, a Sydney favourite.
Madeleine Stewart: A funny gal with a sweet demeanour, veiling razor-sharp wit, Madeleine will keep you on your toes and entertained.
Sam Bowden: Having recently moved to town from Brisbane, Sam's ready to take Sydney by storm with his signature quirky relentlessness.
Bec Melrose: The 2018 RAW Comedy National Winner who has since gone to write for TV, open for Wil Anderson, and collect buckets of critical acclaim.

The Sydney Comedy Festival Showcase Tour will be tearing up the freeways of Australia to bring the best of the 2021 Festival to Wyong.

Expertly curated and lovingly presented, the Showcase will feature some of the Festival’s hottest acts live on stage for an incredible two hours of hard-hitting laughter. Boasting a line-up of veteran favourites and some of the freshest emerging talents, this jam-packed night of pure entertainment will leave you sore from belly laughs.