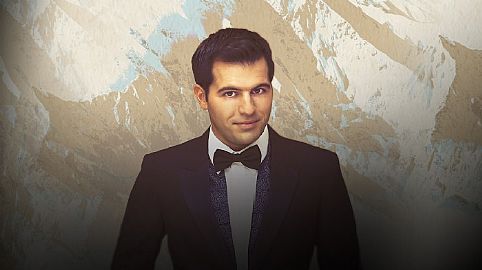 At the young age of 26, he has already released 9 albums on the Sony label. Since winning Australia’s Got Talent in 2009, he has enjoyed tremendous success atop the Aria charts.His performances and recordings have drawn accolades all over Australia and Internationally.His most recent album, A Tribute to Mario Lanza, was the most successful classical crossover record of 2017 and impressed Mario Lanza’s daughter, Elisa Lanza Bregman enough, to bless Mark with the opportunity to create a virtual duet video of Mark singing together with her legendary father on the song “Because Your Mine”. Mark’s love of the great tenors has inspired him to bring to the stage THE GREAT TENORS SONGBOOK.Performing songs such as La Donna E Mobile, O’ Sole Mio, and what has now become his signature song, Nessun Dorma.(plus many more) be prepared for Mark (accompanied by his seven piece band, to take you on the most wonderful journey, as he pays tribute to THE GREAT TENORS.

There is no doubt this show will sell out – book your tickets now to avoid disappointment!!
Location:
The Art House
19-21 Margaret Street
Wyong NSW 2259
Contact:
The Art House on
02 4335 1485
View Profile » Visit Website » Send an Email »