Tommy Little - I’ll See Myself Out 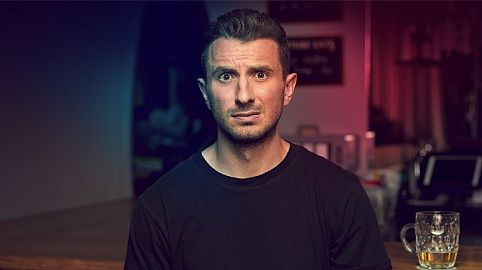 When:
Sat 16 May 2020
Time:
8pm
Cost:
Tickets: $49
Details:
You’ve seen him on The Project, now the Central Coast has the chance to see Tommy Little live as the latest stand-up comic to take the stage at The Art House.
Tommy has added an unprecedented number of extra dates to tour his new hour of stand-up, I’ll See Myself Out, across Australia this year. The Art House has already seen two sell-out nights of comedy in 2020 with Wil Anderson and Judith Lucy, and Tommy is set to do the same.

At a Tommy Little live show nothing is off limits – his real-life antics and setbacks are foolish, funny as hell and definitely his own fault. He brings his tales to life with effortless charisma, high energy and a cheeky yet intimate connection with his audiences.

Tommy Little is one of the most prolific and crowd-pleasing acts of the moment as heard on national radio with Carrie Bickmore on the Hit Network, and as a regular on Channel Ten’s The Project. He has well and truly confirmed his spot as one of the most watched comedians in the country. His live shows are the perfect chance to really get to know one of the most exciting performers going around right now.
Location:
The Art house, 19 Margaret Street, Wyong
Contact:
The Art House on
View Profile » Visit Website »

Share Tommy Little - I’ll See Myself Out with friends.