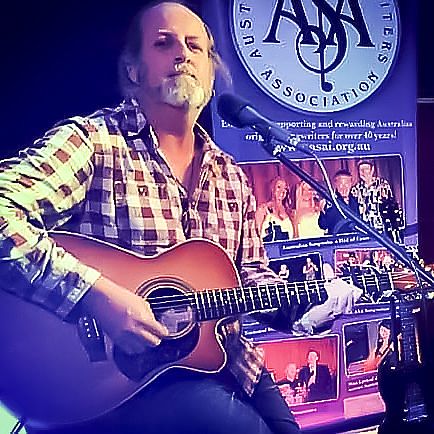 BYO everything or choose from another great selection of meals served by our lovely hard-working kitchen volunteers. Bring a friend, a smile, a blanket, a torch to light your way and treat yourself to what has to be the cheapest and most family friendly night out on the Coast.

Shane Shepherd is a singer-songwriter from the NSW Central Coast, Australia.

Shane's song writing is inspired from the whispers heard while travelling around Australia and beyond after immersing himself within local Communities and listening to the stories of everyday people.

Shane's music also has a strong connection to the indigenous Australian community.

The Two Buck Band mostly plays what some people describe as cool blues – an eclectic style that moves between jazz, county, zydeco, rockabilly – but with a story. Frequently this “story” takes them into unexpected places, both musically and narratively, which is part of the reason people follow them, and why they play together.

MC and vocalist, Paul Wilson, is mostly known around the Coast for running the Big Blues Jams that attract large numbers of outstanding musicians. Andrew Webster is a noted jazz guitarist who is equally at home headlining in the Tamworth Country Music Festival. Warren Henry is not just a well-known author, he has a drumming pedigree that varies from country bands to Rolling Stones cover groups. Multi-instrumentalist, Walter de Jong, has the uncanny ability to provide a perfect harmony in any song, any genre, at the same time as he plays Hammond organ. And it’s all anchored by Mr Fretless himself, Mick Field, who’s played bass for an extensive list of Melbourne blues bands.

The Two Buck Band will play a list of originals for an upcoming album as well as some less-than-standards. Or maybe they won’t. Expect the unexpected.

Digital Clay are a 4 piece band from the central coast that combine elements of Jazz, Flamenco, Blues, Rock & Soul to create music unlike anything you’ve ever heard before!

Our Brackets South event takes place on top beautiful Kincumba Mountain. The community built venue is a mud brick and natural timber building which sits in a bushland reserve, with panoramic views of Brisbane water and magnificent sunsets over the hills beyond.

This venue is the birthplace of Brackets and Jam on the Central Coast and the community considers it as it's spiritual home. The Mountain itself holds a strong significance for our Aboriginal community and has been a long-standing meeting place for Central Coast people. The rock outcrop situated in front of the kiosk forms a natural pool which is said to have once been a sacred birthing place for women. The Mountain now gives birth to many new beginnings as the hub of creative community arts in the southern Central Coast region.