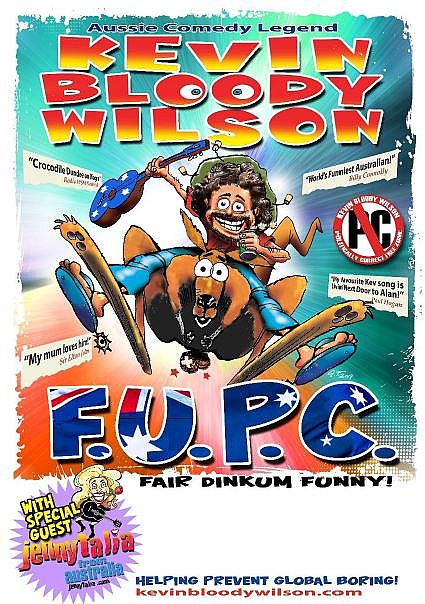 When:
Wed 04 Sep 2019
Details:
There are few comedians on the touring circuit today who tackle subjects with such aplomb as funnyman Kevin Bloody Wilson. He is politically incorrect, direct, he doesn’t mince his words and he doesn’t rely on subtlety to get his point across – he is a breath of fresh air compared to his contemporaries who often walk about on eggshells. His directness totally embodies the spirit of Australian humour. In recent times, he has become a social commentator of sorts about political correctness in the current day, so it is apt then that his 2019 Australian tour is a nod to that, the tongue-in-cheek titled F.U.P.C Tour.
Location:
Central Coast Leagues Club, 1 Dane Drive, Gosford NSW
Contact:
Central Coast Leagues Club on
View Profile »