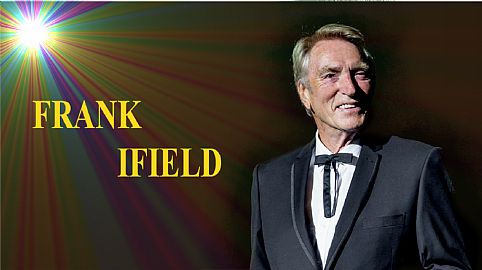 When:
Wed 17 Jul 2019
Time:
1PM
Cost:
$60-$65
Booking:
A Must
Facilities:
Toilet on Site, Disabled Facilities
Notes:
Event will continue in wet weather
Details:
Take this opportunity to personally meet Frank Ifield after his show. You will be taken on an unforgettable journey through his fascinating life, career and music. The journey that carried him to the top of his profession around the world for over two decades.

The many honours and awards earned by Frank are the by-product of his passionate desire to bring the absolute best show experience every time, and history shows this is what he does.

While still very young, Frank composed and sang the theme song to the popular TV series starring Peter Graves called Whiplash. He performed on Australia’s Amateur Hour broadcast across Australia and was inundated with bookings. In 1953, he signed a recording contract with EMI (Regal Zonophone) -?and how that came about is a great story on its own.

Frank hosted Campfire Favourites which was the first live music TV show in Australia. He was a regular on Brian Henderson’s Bandstand. He rocketed to the top in England making the Guinness Book of World Records with a string of hits including: Lucky Devil, Lovesick Blues, The Wayward Wind, Nobody’s Darling But Mine, I’m Confessing -? and of course, I Remember You.

With his huge success, he was able to help the little known band The Beatles to get started. They eventually recorded a joint album on the Vee-jay label featuring eight of Frank’s tracks and four of the Beatles. Included in his close circle are many of the big stars around the world: Cliff Richards, The Shadows, Tommy Steel, The Beatles, Bee Gees, Col Joye, Olivia Newton-John, John Rolls, Peewee and the Delltones, Matt Monro, The Seekers and many others I’m sure you’d know.

His journey to America was equally successful and his friends soon included other big names -- Buddy Holly, Louis (Satchmo) Armstrong, Roy Orbison, Mickey Newbury, Glen Campbell, Slim Whitman, Everly Brothers… but there’s really too much to go through here, come along and get the story, first hand from the man himself … Frank Ifield.

Ramp up the WOW adventure factor as they swoop, twist, turn and zig zag through the trees in Ourimbah State Forest.
more »