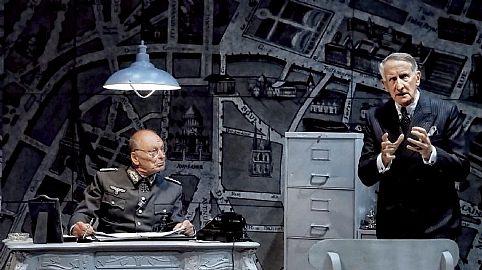 In 1944 at the Hôtel Meurice, Swedish diplomat Raoul Nordling and German General Dietrich von Choltitz meet in a life and death situation for the city of Paris. On abandoning Paris, Hitler has ordered its destruction. Raoul has one night to persuade the General to leave the landmark city standing. The many twists and turns of their negotiations play out in this edge-of-your-seat thriller.

By Cyril Gély | Translated and Adapted by Julie Rose