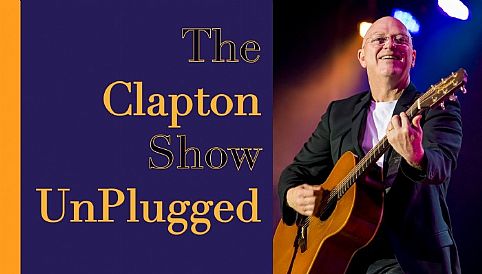 When:
Fri 31 May 2019
Time:
8:00pm
Cost:
59.00
Booking:
A Must
Facilities:
Toilet on Site
Notes:
Event will continue in wet weather
Details:
The CLAPTON UNPLUGGED Show

the man… the music…

Eric Clapton’s career has spanned over 6 decades. Lauded as being the greatest guitarist of all time, his roots are firmly & obviously embedded in the blues tradition of which he remains both a student & visionary. In his unforgettable ‘Unplugged’ Concert, Clapton paid homage & respect to his roots & those fellow legends that influenced his playing so significantly.

The music was minimalist, alternating between his reworked pop songs such as Layla, the traditional blues of Robert Johnson & Bo Diddley, and new songs , including Tears in Heaven, that were an outpouring & expression of a very difficult period of his life.

You will lose yourself in this intimate performance of some of James Taylor’s greatest hits…. ‘Fire & Rain’….’Carolina’……’Sweet baby James’….& more…