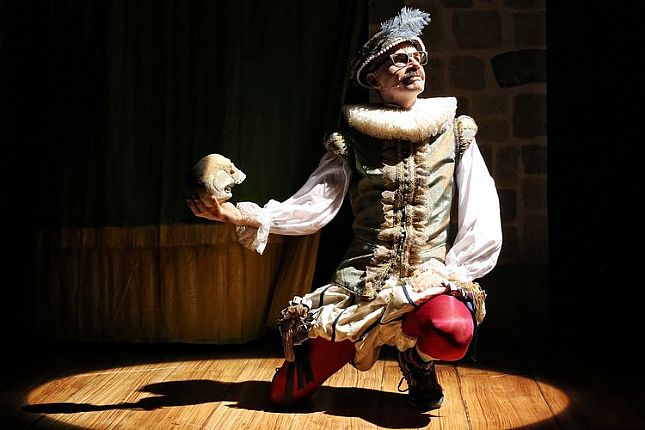 To kick off the winter school holidays with a bang, kids comedy masters The Listies have pulled apart Shakespeare's classic and glued it back together with hilarious costumes, loads of silliness and plenty of interactivity.

Adult fans of Shakespeare with children will delight in seeing their child's first experi­ence of the bard, in a way never imagined possible. This will be the second time Australia's rock stars of kids' comedy have performed at The Art House following their highly successful 2019 show.

"The show was fantastic, it had something for the adults as well. We absolutely loved the show we couldn't rate it more highly." 2019 patron

Hamlet: Prince of Skidmark is a very cheeky and very clever rendition of Hamlet made especially for the kids. As a play already full of things kids love in a good story like ghosts, castles, Princes, sword fights, and spooky stuff; The Listies add some supersonic gags and expertly timed stage magic for a brilliantly disguised Shakespearean tragedy. Originally produced by the Sydney Theatre Company and fresh from a season at the Sydney Opera House earlier this year, Hamlet: Prince of Skidmark is a kids show with a big reputation!

The multi-award-winning duo from Victoria are celebrated not only for captivating the kids, but for their ability to make Mums and Dads laugh just as much. The Listies stormed onto the kids' comedy scene in 2009 with their show becoming the only children's show to ever be nominated for the prestigious Melbourne International Comedy Festival 'Best Show' award. Since then, the duo has toured internationally; produced nine live shows; published two books and released three comedy albums.

"If you want your kids to have fun at the theatre and fall for all its magic, get them to a Listies show as soon as possible… Nobody else makes Shakespeare this fun." 4 STARS, Daily Review

"One of the funniest introductions to Shakespeare imaginable" 4 STARS, Daily Telegraph

Time to 'Spot a Swiftie'!
The 'Swifties' in question are the Swift Parrot and Regent Honeyeater...

Explore the 'Neighbourhoods Art Trail' through Long Jetty
Thanks to its bustling vibe, elective wares and great coffee, Long Jetty...