Jenny Dixon is home to one of Australia’s most famous urban legends. A women appears, arms outstretched, beseeching the help of the observer. A nearby road is home to a phantom hitchhiker, a young women who was murdered decades ago. Are they one and the same?

If you are ever driving along Wilfred Barrett Drive, heading towards Noraville in New South Wales, Australia, beware of picking up hitch-hiking women. This area, a narrow piece of land flanked by the trees of the Wyrrabalong National Park, itself flanked by two large bodies of water – the Tasman Sea and Tuggerah Lake, is well known to be haunted.

A pretty young woman may be standing at the side of the road, looking for a lift. You pull over and as you are going in her direction she climbs in. She does not take the front seat, but rather prefers to sit in the back. The conversation, if any, is short lived, her voice trailing off. Before long you realise you are talking to yourself and a quick glance in the rear-view mirror confirms that indeed you are.

Shaken you set down in Noraville and if you are not feeling too crazy, that you are going mad, you may share your experience. It is nothing new here, it happens all the time, the police have many reports of such occurrences and the locals know it all too well...

This sequence of events has been playing out for more that forty years. You have just met the local ghost, one whose tale is not a happy one at all.

The above may sound familiar, and so it should, it is a classic phantom hitch-hiker scenario, one that plays out in all parts of the world. However like Resurrection Mary outside of Chicago, US, and numerous other 'famous' roadside ghosts, the woman of Wilfred Barrett Drive seems to be more than just a story... it is now a piece of local lore.

There are quite a few versions of this story but the core is essentially the same with each telling.

Back in the 1970's (some place it as early as the 50's) a young woman was making her way home along Wilfred Barrett Drive. It is a long dark walk along the road back to Noraville so she lifted her thumb when she saw a cars headlights coming up behind her. The car stopped and the girl peered inside to see five young men. They looked friendly enough so she hopped on and they set off.

The young men found the woman to be quite attractive and decided they would like to spend some time with her. Against her wishes they drove her down to the local beach where she was sexually assaulted, beaten and left in the nearby scrub.

She was found sometime later. She was not in good shape at all and she did pass away within a few days. Before she died she did state that she would get her own back.

Unfortunately the police were unable to get a clear description of the guilty party, they had their suspicions but nothing definite. The five guilty men went free but the young woman it would seem did get her revenge.

Within the year a series of strange accidents and suicides saw a group of five close friends die in fairly grisly ways – three car wrecks, a hanging and a self inflicted shotgun wound later and the friends were dead. All of them had complained of seeing and hearing things leading up to their demises.

For the past forty years people have reported seeing a young girl at the side of the road, at times she has nearly caused accidents due to people swerving to avoid her, at times people pick her up to have her disappear... It has been reported numerous times, even the police are said to have witnessed this apparition.

Many believe the young woman's name is Jenny Dixon (due to either misreading stories or mashings of seperate stories), that the beach she had been found was named after her. However the beach had already been named... for another 'Jenny' Dixon... and the ghost was named after the beach. The beach is also haunted.

People utilising the beach, (found near the end of Wilfred Barrett Drive) have also reported seeing the ghost of a woman. She will stand back towards the scrub having suddenly appeared as if from nowhere. She holds her hands to whoever sees her in a appeal for help. Unfortunately those who see her generally are aware that she is not solid flesh and blood and the appeal goes unaided... people are generally too terrified to do a thing.

Although many people believe it is the one and the same woman, there are a group who believe that this ghostly woman is another person entirely.

Just south of Jenny Dixon Beach is Norah Head, a piece of coastline that juts out into the Tasman Sea. The area is quite notorious for the number of shipwrecks that occurred there as captains unfamiliar with the lay of the coast ran aground at the head or storms blowing them into the coast. At least 7 ships ran aground here over a 35 year period leading up to 1871 (with more since) and in 1903 a lighthouse was finally completed.

However it is 1871 that we are interested in in regards to the name Jenny Dixon Beach. In this year the coal schooner Janet Dixon sank with the survivors gathering on the beach. Later that beach would be called, mistakenly, Jenny Dixon Beach.

As for the ghost who haunts this site. Many believe it is the ghost of a woman who was either killed in one of the many ship wrecks or had lost their baby to the deep and she continues to search.

It's Time to Talk Mountain Biking
Central Coast Council is encouraging the community to contribute to discussions...

A Hundred Reasons Why. Meals on Wheels Central Coast – Supporting our Community
Across the Central Coast, a handful of centenarians and those approaching...

Draft Floodplain Risk Management Studies and Plans Open for Community Consultation
Central Coast Council is calling on the community to have their say on... 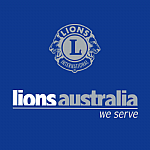 Keep an Eye Out for a Pride of Lions in Your Local Community Next Month
From recent droughts and bushfires to the spread of COVID-19, it’s bee...