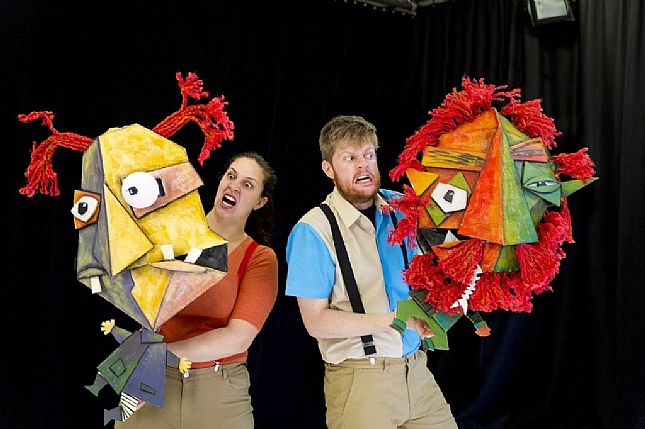 Kids all over the Central Coast have grown up reading Roald Dahl’s beautiful stories, and in July they have the chance to see one live on stage. The Art House presents Roald Dahl’s The Twits, a new adaptation by Spare Parts Puppet Theatre that is sure to tickle your funny bone, and delight both the very young and young-at-heart.

Dive into the world of grumpy old couple Mr and Mrs Twit, who haven’t had a good thought or done a kind thing in years. They like nothing more than dreaming up terrible tricks to play on each other. Who will bring The Twits to justice and save them from themselves?

The Twits is Roald Dahl in his purest form – unsentimental, grotesque and a lot of fun. A hilarious adventure of rebellion and justice, with a positive message to stand up for yourself against the nasty people of the world. Combining world class puppetry and high energy physical theatre, this tale from the world's greatest children’s storyteller is not to be missed.

Spare Parts Puppet Theatre is Australia’s flagship puppetry company. They have an extensive annual program which includes four performance seasons, industry training and puppetry workshops, and an extensive touring program across regional WA and the nation.

In the words on Roald Dahl himself: "...if you have good thoughts they will shine out of your face like sunbeams and you will always look lovely.” www.roalddahl.com

“The puppetry is outstanding – Mr and Mrs Twit’s masks are intricate and dynamic.” – Fourth Wall Media

“Take your children, grandchildren, nephews and nieces, the neighbour’s kids… they’ll have a blast.” – Richard Hyde for Perth Theatre

“Exactly what you would hope for in an adaptation of Roald Dahl’s work; a fun filled, silly but clever romp, with lots of laughs.” – Stage Whispers