March against the Central Coast Coal Mine (Wallarah 2) - Part two 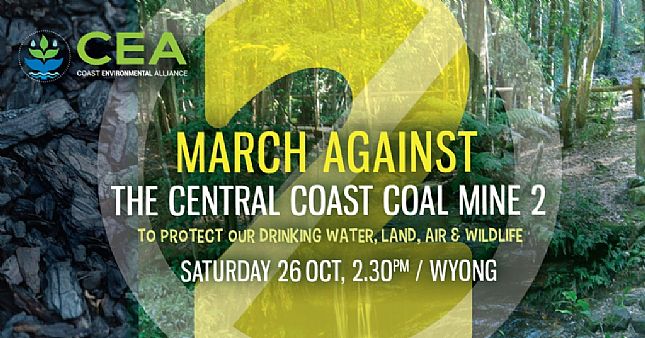 Local environmental groups are coming together again to raise awareness of the Central Coast coal mine that has recently been approved. Only 5 minutes from Wyong, the coal mine will directly affect the following communities: the Yarramalong and Dooralong valleys, Blue Haven and Wyee areas, Olney State Forest and Jilliby State Conservation Area.

The mining will be right in the middle of the water catchment that provides drinking water for over 100,000 Central Coast residents. There are also 16 known endangered species, such as the yellow-bellied glider and the sheath-tailed bat as well as irreplaceable Aboriginal sites in the locality also.

Coast Environmental Alliance (CEA) led a peaceful rally in July that saw over 250 people turn up in Erina to join the march. There were 6 speakers, including politicians, artists and environmental advocates. CEA believe that now is the time for community to stand up and be heard if they want to protect the beautiful Central Coast.

CEA are looking to get as many community groups involved as possible for their next peaceful, family friendly march in Wyong, with the aim to gather the Central Coast communities as one voice - Saying no to the Central Coast Coal Mine. 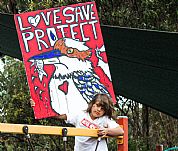 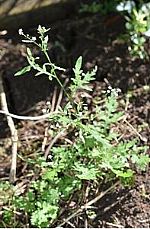 Parthenium Weed Found on the Central Coast
Parthenium weed has recently been found in a Ravensdale chicken yard o...

Reference Group Members Sought to Continue Shaping Disability Inclusion on Coast
Central Coast Council is calling for community members who live with a...

New Strategy to Future-Proof Volunteering
A boost for volunteer participation and opportunities to create a more...

Solar Energy to Bring Savings for Council
Central Coast Council are set to save around $220,000 each year on energy...
More News »