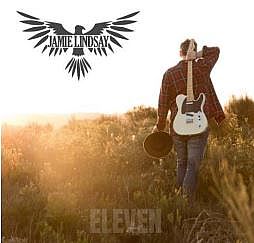 Central Coast NSW artist Jamie Lindsay celebrates the life of his best mate, Sirius, in his new clip as he prepares to release new music.

Shot with good mate, award-winning video director Duncan Toombs of The Filmery, the clip portrays Jamie’s search for something dear to him that he’s lost.

Sirius was the focus single to mark the release of Jamie’s album, Eleven on September 11 last year.

“I wanted to do something special as a send-off to my dog,” Jamie said.

“We used the single to push the album so even though it’s released I felt that I didn’t give the song the send-off that it deserves. I’d also been wanting to work with my long-time friend Duncan Toombs on a clip and it’s the first of many more to come.”

Sirius is a song about the loss of a loved one, inspired by the death of his German Shepherd, Sirius – named after the dog star.

“The whole song was about the day I had to put him down,” Jamie said.

“The day the vet came around and put him to sleep, I was breaking in two, bawling and it was the most I’ve ever cried, but this song is also broadly about the loss of a loved one, which everyone can relate to.”

Jamie’s songs all come directly from his personal experiences, and he’s lived every one of his stories.

“I just want to connect to people and I want people, if they feel a connection to my music, to let me know – email me or message me – because, if I can connect to one person, that’s success for me,” he said.

“That’s what music is about for me, and I want people to know these songs and I want to build relationships with my listeners. I know this all comes with time and perseverance.” 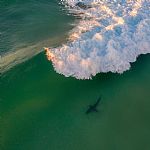