Going Online Gets Real as We Inch Towards Full Isolation From the couch choir to YouTube yoga, online communities are flourishing, as the restrictions on social gatherings to fight against the COVID-19 pandemic, become tighter and tighter.

UniSA Online course facilitator and communicative engagement researcher, Kim Burley says the speed at which people are adapting their social engagement from actual to virtual has been fast and fantastic.

“In these difficult times, it’s been a huge positive to see how quickly people can, and are, adapting,” Burley says.

“Some organisational behaviourists call this adaptation a property of complex systems where, when the equilibrium is punctuated by occurrences like we’ve seen this week, sub-systems form out of necessity and changing variables.

“These new sub-systems have new co-created goals and rules and those individuals and organisations who do adapt quickly have a greater chance of co-creating subsystems necessary for organisational survival and sense-making.”

She says many small businesses and sole traders most immediately hit by the restrictions, such as entertainers and personal trainers, are quickly adapting to deliver material online for their customers and to try to create new customers.

“Even as a teacher in social media in the Bachelor of Communications I could not have predicted how adeptly many businesses and communications have moved to online in just a matter of days,” Burley says.

“My son’s music lessons are now delivered via video call, my mother’s conversational Italian classes are via video conferencing, and a funeral director friend has gone from offering live streaming of funerals as an optional and occasional extra, to including it as a standard feature.

“Lines of communication in personal relationships have opened up in unexpected ways too – we have people scheduling afternoon teas with work colleagues and even Friday night drinks via video conferencing.

“Personally I’ve been at home with the sounds of my musician friends who are now live streaming rather than performing at a local venue.”

Burley says people may actually feel more connected as their work and personal communities converge and focus in virtual spaces.

“I am in touch more regularly with friends through online chat groups and am checking in on those in my life who are in at-risk population groups such as the elderly,” she says.

“When the pandemic is over, we need to continue to make these social connections, particularly with those of us who are more susceptible to being socially isolated.”

While Burley believes it is heartening to see the innovative ways humans adapt in the face of adversity, we need to be careful about trying to replicate real life in a digital environment.

“Communicating online has its own inherent characteristics, pitfalls, benefits, and challenges,” she says.

“For example, the main benefit of creating online communities is the extraordinary reach – being able to be more inclusive of more people but one of the challenges is that some of these people might not want to engage.

“For those who are introverts in real life, in social media this translates to them becoming lurkers in the online environment – they watch and follow but tend not to participate so get less value out of the engagement.”

Burley says it is important to remember that online connectivity is only a tool.

“You can harness the power of virtual connection but it does not magically build those connections,” she says.

“An online community is usually based on something we do tangibly in the real world so using the fortunate digital age in which we live to connect and belong based on these real-life interests, hobbies, and circumstances is important, but it’s more important to cultivate them away from the digital world as well.

“Even though we’re more connected than ever before, we need to take the time and space to explore real-world interests and hobbies.”

Burley recommends we step away from the screen sometimes and get out into the backyard to plant that vegetable garden, learn that musical instrument you have always wanted to try, dust off those paint brushes and start to create – then join an online community related to it so you can stay connected during this very isolating time.

Tips for engaging in online communities

Image by April Bryant from Pixabay 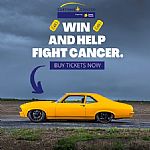