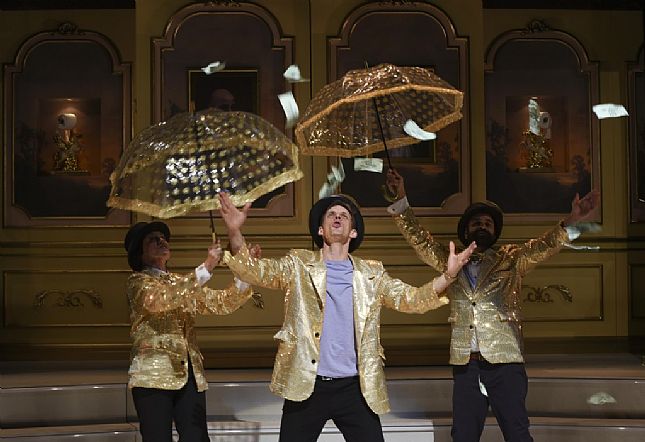 The best-selling children’s book Billionaire Boy, by David Walliams, follows the story of the horribly spoilt Joe Spud. After his Dad made eleventy squillion dollars inventing Bumfresh toilet wipes, 12-year-old Joe had everything a boy could ever want including a golden underwater Ferrari, his own bowling alley and cinema, but all he really wanted is a friend.

Billionaire Boy author David Walliams is best known for his work as an actor and writer for the TV show, Little Britain, but since 2000 David Walliams has also become the UK’s biggest selling children’s author. He has sold over four million copies of his books in the UK alone and is tipped to be the next Roald Dahl.

The Australian stage adaptation of the book visits The Art House on May 20 and 21 as part of a national tour. In a hilarious show with huge musical numbers, plenty of kid-friendly humour and larger than life characters, the show gently conveys the book’s important messages about the value of family and friendship. Described by Artsplorers as reaching “both funny bones and hearts”, eventually, Joe learns that money can’t buy you everything and sometimes the best way to be a friend is to simply be there for them.

CDP Theatre Producers are well-known for their high-quality children’s productions, which are adaptations of popular books, and The Art House has presented several since it opened in 2016, including Room on the Broom, Horrible Harriet and The Gruffalo’s Child.

Come Stay The Night... or Two or A Week!