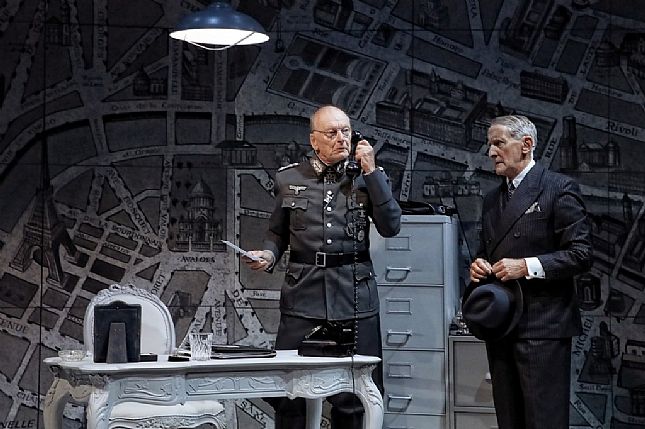 Starring theatre legends John Gaden, and John Bell, Diplomacy transports us to 1944 at the Hôtel Meurice. Swedish diplomat Raoul Nordling and German General Dietrich von Choltitz meet in a life and death situation for the city of Paris. On abandoning Paris, Hitler has ordered its destruction. Raoul has one night to persuade the General to leave the landmark city standing. The many twists and turns of their negotiations play out in this edge-of-your-seat thriller.

Diplomacy is an unmissable chance to see two icons of Australian theatre in a powerful and nail-biting tale of political and historical persuasion. With both an evening performance and a matinee, there’s a chance for all to catch this impressive piece of Australian theatre.

“Gaden is nimble as the witty, wily, urbane Nordling, drawing humour and humanity from the unorthodox consul…The power of Diplomacy is a reminder of the fragility of a culture that was so nearly forever lost.” The Sydney Morning Herald