Wyong is just over an hour's drive from Sydney, and is a good base for starting your visit to Tuggerah Lake and the beautiful Yarramalong Valley. Ourimbah in the south and from the Pacific Ocean to the hills beyond the Yarramalong Valley.

Lake Munmorah, Budgewoi and Tuggerah Lakes are the dominant water-based features of the area.

The area boasts some of Australia's most rugged and scenic national parkland and recreation areas forming an impressive backdrop for the sweeping rural areas and coastal plains. 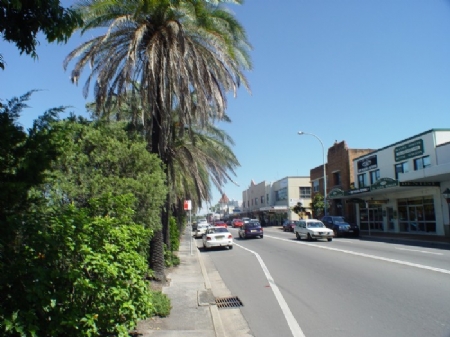 One of the most popular entertainment attractions is The Pelican Feeding, which attracts large numbers of visitors to The Entrance at 3.30pm every day.

Koolang Observatory has the largest privately owned public-viewing telescope in Australia, and offers tours and viewing sessions both during the day and at night. The sun can be studied in the day time and night viewing is also popular. There are models, video displays and talks explaining the solar system and astronomic technology.

Within Wyong itself there is a lookout in a bush setting at Chapmans Hill. The view from this site is partially obscured by trees and the trail leads to a higher spot where there is a survey marker and a better viewing position.

South of Tacoma is a promontory known as Chittaway Point with good views over the lake and a pleasant little park by the creekside.

From the end of the point there are good views east to The Entrance, north-west to Tacoma and north over Tuggerah and Budgewoi Lakes to the stacks of Munmorah Power Station.

Wyong has several old buildings dating back to the 1890s and 1900s but the oldest house in the shire is Alison Homestead built by Charles Alison when he settled in the area in the 1870s. It was extended when he married the grand daughter of Blue Mountains explorer, William Cox. The property passed out of the family in the 1890s and was used for market gardening between 1898 and the 1970s.

The house is now an historical museum set amidst two hectares of lawns and gardens with pleasant picnic facilities. A guided tour takes you through the seven rooms full of historical displays, including kerosene-powered toasters and irons, an Edison cylinder phonograph, dictographs, a 1922 washing machine and an interesting collection of old radios and telephones.

Woodburys Inn Park in Alison Rd. is a pleasant section of parkland by the Wyong River with picnic and barbecue facilities. The Inn was established on the site about 1866 by Matthew James Woodbury as a private residence with accommodation for travellers using the Old Maitland Rd. The first known Catholic Church services in the district were held at the Inn, which was also the first post office in the area. After the town of Wyong came into being with the opening of the railway line in 1887 it was closed as an inn and became a private residence only for about the next seventy years. It was demolished in 1978 because of its decayed and dilapidated condition. 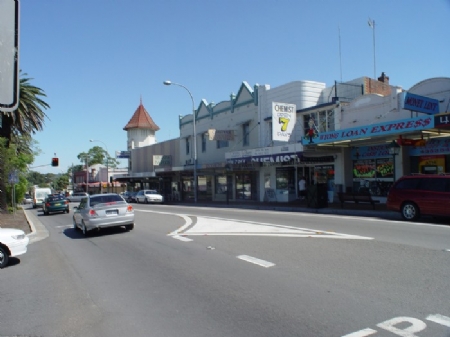 Wyong is an indigenous word said to mean either an edible yam or 'place of running water'. The inhabitants prior to European colonisation were believed to be the Darkinjang tribe, a subgroup of the Broken Bay tribe who occupied the area from Wollombi and Putty in the west, south to the Hawkesbury and east to the coast including the areas around Brisbane Water and Tuggerah Lakes. They camped at Tacoma and in the Yarramalong Valley

The first European settler in the area was William Cape who received a 1000-acre grant in 1825, bordering on Jilliby Creek to the west.

Timbergetters were drawn to the Yarramalong and Dooralong Valleys by the stands of cedar. However the industry struggled as getting the timber to Sydney proved difficult.

As traffic increased between Gosford and Maitland, Matthew Oldbury opened an inn at Wyong Creek crossing. Settlement along Wyong Creek got under way in the 1850s with a sale of small allotments that attracted small farmers. The first school opened at Wyong Creek in 1883. 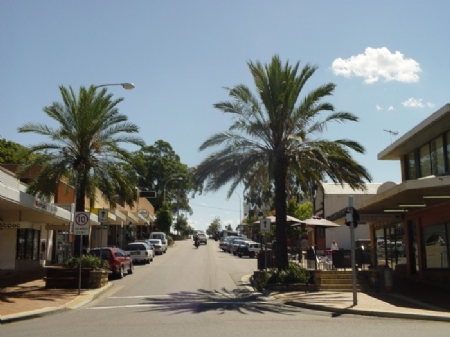 Significant expansion and development began with the completion of the Sydney to Newcastle railway in 1889. As a result of the new line The Royal Hotel was established and the first post office was opened.

The railway also enabled the growth of the timber industry with a good demand for railway sleepers and the transportation to ship it. Resorts began to emerge around Tuggerah Lake from the turn of the century, with buses and ferry services and daily access via Wyong which inevitably became the commercial and administrative centre of the area.

Subdivision occurred in the 1920s and 1930s as more people built weekenders on land that was cheaper than in Sydney or Newcastle.

After World War II, retirees began to settle in Wyong. The opening of the freeway in the 1960s and the electrification of the rail line contributed to the growth of a large commuter community. Wyong Shire was created in 1947.