Featuring the iconic Skillion, Terrigal beach front is dominated by a line of well-established Norfolk pines along The Esplanade. Terrigal is one of the more popular resorts on the coast and has become a ritzy, up-market social centre.

A pathway beneath the tress leads along the beach out to Broken Head and the oddly-shaped headland known as ‘The Skillion’. 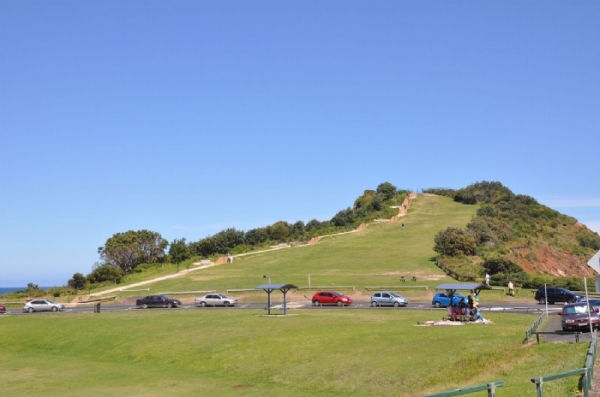 The Skillion is the most prominent landmark of the region, with a steep cliff facing the ocean rising to a convenient lookout area that is easily accessed by a flat grassy area leading up from the reserve.

Most popular activities along the Terrigal stretch of coast are surfing, swimming, boating, waterskiing and fishing. Anglers regularly find flathead, snapper, and jewfish offshore, and flathead, blackfish and bream in the surf.

Terrigal Beach is located at the southern end of 4kms of unbroken beach that extends north to Wamberal Point.

At the south end of the Terrigal Esplanade is an ocean rock pool for children.

Numerous beachfront cafes and restaurants have created an almost cosmopolitan environment around Terrigal Beach shops, that has become a popular social area just a few metres from the beach.

Forresters Beach to the north is a quieter beach with scenic views and a popular spot for hang-gliding and bungee jumping.

Wyrrabalong National Park is divided into two separate areas, one a narrow strip of coastline stretching from Forresters Beach to Bateau Bay, and the other further north, a larger area between The Entrance and Norah Head. The park features high exposed coastal cliffs, woodlands of native trees and flora along the plateau, and plenty of mangrove areas, marine and bird life.

The original inhabitants were the Awabakal or Guringgai Indigenous Australians. 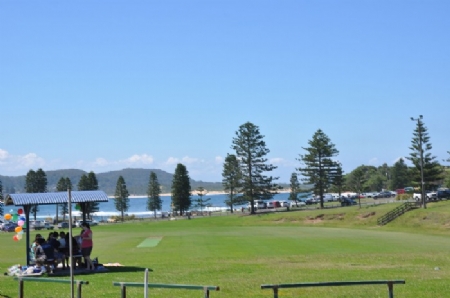 The first European settler was John Gray who arrived in 1826 and called his property Tarrygal, after the indigenous place name, signifying 'place of little birds'.

There was a sawmill in the area established by Thomas Davis in the 1870s and a tramway that ran the timber to a jetty for shipment to Sydney.

Dairying later became important to the local economy. Tourism started around the end of the 19th century with a new focus on health and leisure in the culture, the development of roads and completion of the railway line from Sydney to Newcastle in 1889.